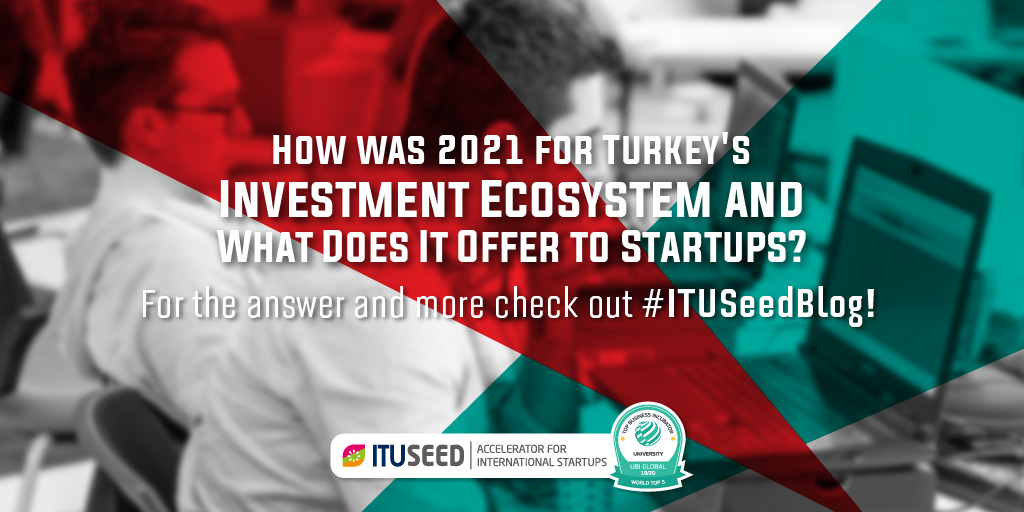 22 Apr How was 2021 for Turkey’s Investment Ecosystem and What Does It Offer to Startups? 6 minutes read

One of the most important areas of the entrepreneurship ecosystem is undoubtedly the investment process. Investments play a critical role in accelerating the growth of startups, reaching their goals more easily, allocating resources for different studies, enlarging their teams, and increasing their strength. As entrepreneurship grows all over the world, the number of entrepreneurs increases and dozens of new startup ideas are realized every day, the amount of investments made in startups is also increasing rapidly. Of course, in this case, the great effects of startups that contribute added value to the world with the technologies they develop and the products or services they produce on social life and business processes are also an important reason.

The global startup ecosystem continued its rapid growth in recent years in terms of investment volume, reaching an all-time high in 2021. According to KPMG’s report titled “Startup Investments in Turkey 2021“, while 643 billion dollars of startup investments were made all over the world in 2021, the ecosystem broke a global record by reaching almost twice the 2020 volume of 335 billion dollars.

So how did the Turkish investment ecosystem spend 2021? Did the global picture develop similarly in Turkey?

Investments in Turkish Startups Increased 10-Fold in One Year

The rapid development of the Turkish entrepreneurship ecosystem continued in 2021, as it has in the last 5 years. In addition, the investments made in startups from Turkey enabled startups such as Peak Games, Dream Games and Insider to become unicorns, startups such as Trendyol and Getir to become decacorns, and some companies to go global by exiting. With this acceleration in the Turkish investment ecosystem, the amount of investments made in startups in Turkey has increased 10-fold compared to the previous year.

According to the “Turkey Startup Ecosystem 2021 Evaluation” report by Startups.watch, as a result of these investments, 1 billion 552 million dollars were invested in 294 investment rounds in the angel and VC stages in Turkey in 2021. While Turkey was one of the 10 most invested-in European countries last year, Istanbul rose 8 places to rank 13th among the European cities that received the most investment. While there were 13 investment rounds worth 10 million dollars or more in Turkey last year, this number was at most 2 in the previous 4 years. In addition, in 2021, 18 new funds were established in Turkey worth 178 million dollars, and thus the total fund value established between 2017 and 2021 reached 850 million dollars.

Most Popular Industries: E-Commerce and Gaming

According to KPMG’s report, when looking at the investment transactions made to startups in Turkey, the sectors that attracted the most investment in terms of volume and amount were e-commerce providers, delivery and logistics, games and SaaS, while the gaming sector placed first in terms of number of transactions. It continued with other sectors in the form of SaaS, FinTech and marketplaces, respectively.

The Number of Seed Investments Increases

What Does the Turkish Investment Ecosystem Offer Entrepreneurs?

While Turkey is rapidly growing its entrepreneurship ecosystem, developments in investment, one of the most important areas of this ecosystem, has seen a rising trend, as indicated in the data above. Large-scale investments in companies such as Getir, Trendyol, Peak Games and Dream Games has not only increased Turkey’s strength in this area, but also increased the number of local investors and focused foreign investor attention on Turkish startups.

In the field of startup investments, for the first time in 2021, Turkey became one of the 10 countries that attracted the most investment among all European countries, while Istanbul who had ranked 21st in the same category the previous year, rose to 13th place in 2021, both of which is a reflection of Turkey’s rapid rise in this regard. In addition, the fact that foreign investors took part in 89% of the total investments made to startups in Turkey in 2021 is further proof that Turkey has become a focal point for foreign investors.

From this point of view, being in Istanbul, which is one of the largest metropolises in the world as well as being the most important city in Turkey and the country, is a great source of advantage for entrepreneurs in terms of growing their startups, having access to qualified manpower, and opening up to global markets. 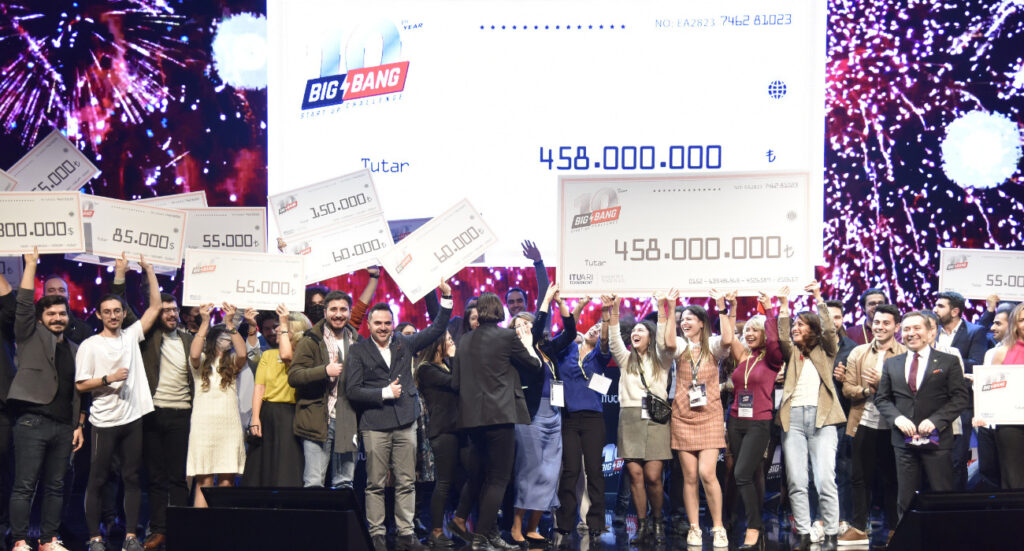 Reach the Investment to Grow Your Startup with ITU Seed!

If you too want to meet with ITU Seed’s more than 40 corporate and over 40 investment network / investor stakeholders, who are leaders in their sector, and increase your chances of getting investment at demo-days events, apply to ITU Seed now and join us!

You can visit our website for more details: https://ituseed.com/

You can read our article about the opportunities offered by ITU Seed: https://ituseed.com/bridge-to-global-growth-what-does-itu-seed-offer-to-startups/

You can read our article about the advantages offered by Turkey and Istanbul: https://ituseed.com/gateway-to-global-what-does-turkey-and-istanbul-offer-to-startups/

You can get current information about our latest updates and content by following us on social media: